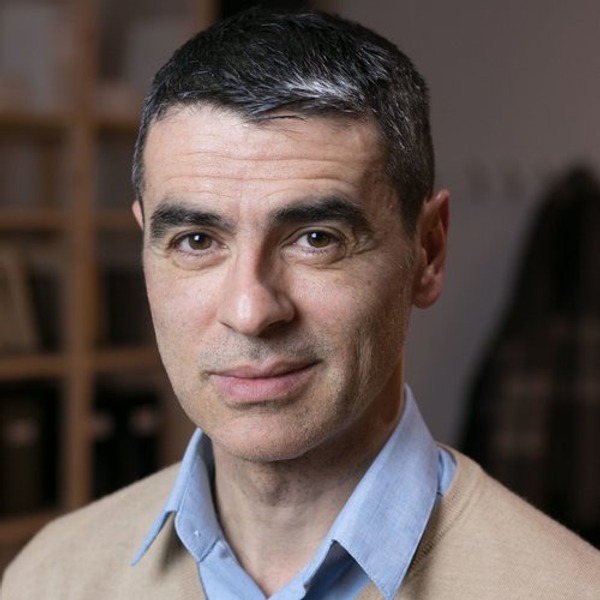 Juan Carlos Alvarez is from Madrid, Spain, and currently lives in Chicago. He attended Complutense University of Madrid and he earned a diploma from Fuerteventura 2000, a vocational training school in Puerto Rosario, Spain, as a Technical Specialist in Counseling and Family Therapy.

Juan Carlos has taught Spanish to students across the globe for more than 10 years from African refugees in a refugee camp in southern Algeria to Latin American immigrants in the adult education program at the Centro Romero on Chicago’s North Side. He also launched his own tutoring practice, Spanish Online, in 2013, and has taught students from the U.S.A., Great Britain, Singapore, and elsewhere.

Before settling in Chicago, Juan Carlos had lived previously for many years on the island of Fuerteventura, one of the seven islands that comprise Spain’s Canary Islands. He has also lived in Madrid (where he grew up), London, and Banjul, Gambia.

Besides teaching, Juan Carlos’s passion is for Yoga, historical fiction, and American coffee. Cooking Spanish paella every Sunday is almost a routine. He lives on Chicago’s Northwest Side with his Jack Russell Terrier, Flamenco, who followed him to the U.S. from Spain.

If you are comfortable using pretérito perfecto and pretérito imperfecto tenses, you should register for Level 4.

In this course, you will work deeply on direct object and indirect object pronouns as you expand your vocabulary, review the past tenses, and work on the future tense. You will also learn the compound tenses, read stories that will be discussed in class, and write challenging assignments.

Please note that, in order to register for this course, you should have scored at least 16 points on our Online Placement Test.

Intermediate Conversation is an immersion course for the intermediate student who is comfortable speaking solely in Spanish but doesn’t feel ready for Advanced Conversation yet.

You will read, write, listen and speak in Spanish for ten weeks as you slowly but surely improve your vocabulary and your confidence. You will also have to prepare and give two presentations (in Spanish, of course!).

Please note that, in order to register for this course, you should have scored at least 22 points on our Online Placement Test.

If you are comfortable with telling simple stories from the past, for example, saying what you did last week in Spanish, you should register for Level 3.

In this level, you will work on the pretérito imperfecto tense, its uses, and its differences from the pretérito perfecto. You will learn how to use both past tenses combined. You will also start working on direct object pronouns and the future tense (using verb ir), and of course, you will expand your vocabulary.

Please note that, in order to register for this course, you should have scored at least 11 points on our Online Placement Test.

Kelly Clinton | Online | 8/27/2021
Juan Carlos is a great teacher! He definitely cares about his students and facilitating great conversations even in a grammar course. He has very organized notes that break down some of the most confusing topics in Spanish. Definitely take this class with him if you are considering it!
Kristin Brause | Online | 6/14/2021
Juan Carlos was great. He ensured everyone understood the concepts and helped us each practice it. On harder concepts he made sure to spend additional time on it and came up with more examples. He was easy to learn from.
Heidi Engel | Online | 5/12/2021
Good teacher. Very friendly and thorough.
See all
Leave a rating