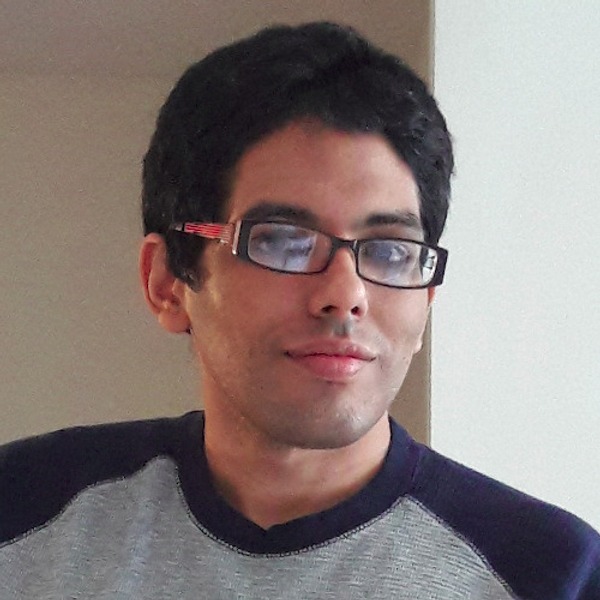 A recent transplant from Puerto Rico, where he was born and has lived for most of his life, Ian now lives in the Rogers Park neighborhood of Chicago.

A graduate from the University of Puerto Rico, Ian recently obtained an M.A. on Translation. In 2006, he was awarded a B.A. on Information and Journalism. In addition to teaching, he works as a freelance translator and editor, working with legal, political, and creative documents and translating them from English to Spanish or vice-versa. Past and present clients include consulting firms, political groups, comic-book creators, and churches.

Ian also worked with the Barack Obama 2008 presidential campaign on three different locations, and as a college student he was selected, as part of the Puerto Rico Córdova Fernós Program, to travel to Washington, D.C., where he worked for then-Senate Majority Leader Harry Reid as an intern. He has also worked with The Princeton Review, helping high schoolers prepare for the SAT, an experience that taught him skills he continues to use to this date.

When not working, Ian spends much of his time reading genre novels and comic books, writing critically about TV shows, and wishing he could play with all the dogs.

If you are comfortable with telling simple stories from the past, for example, saying what you did last week in Spanish, you should register for Level 3.

In this level, you will work on the pretérito imperfecto tense, its uses, and its differences from the pretérito perfecto. You will learn how to use both past tenses combined. You will also start working on direct object pronouns and the future tense (using verb ir), and of course, you will expand your vocabulary.

Please note that, in order to register for this course, you should have scored at least 11 points on our Online Placement Test.

If you are already familiar with the present tense, can introduce yourself, talk a little bit about yourself, ask other people about themselves, and you know some basic vocabulary (family, parts of the body, and some everyday objects), you are ready for Level 2.

In this level, you will work on the past tense (it's called pretérito perfecto). You will improve your descriptive vocabulary as you learn how to tell stories of what you or other people did in the past.

Please note that, in order to register for this course, you should have scored at least 6 points on our Online Placement Test.

Michael Slade | Online | 10/2/2021
Ian was an excellent instructor, ensuring that we understood the material. He regularly gave illustrative examples to further clarify nuances in the language.
Jasmine Braithwaite | Online | 7/26/2021
I had the pleasure of taking both level 1 and level 2 with instructor Ian Perez. Ian is very knowledgeable and always explained the material is an easy to understand manner. He created a nice balance of presenting course material and giving students an opportunity to practice/demonstrate what was learned. Ian was consistently pleasant and had a nice sense of humor which made the class all the more enjoyable.
Kim Herrera | Online | 5/4/2021
Ian is a wonderful teacher. He is able to clearly explain why we use a specific tense. Plus the notes he gives are a huge help to studying.
See all
Leave a rating